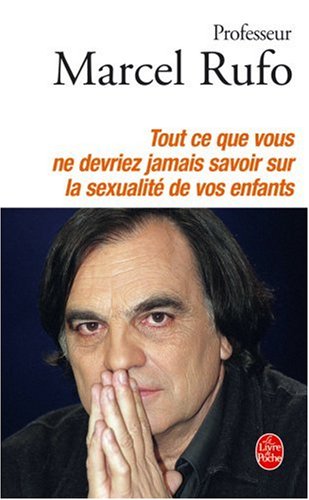 Everything That You Shouldn’t Know About Your Child’s Sexuality

A frank and insightful analysis of the controversial topic of child sexuality and a book that every parent should read.

Our sex is our greatest defining factor. From the moment gender is discerned in the blurry images of the ultrasound, it can be the source of endless and sometimes extremely traumatic insecurities, complexes and paranoia for parents and children alike. How should a parent react to a little boy who wants to play with dolls or dress up in his mother’s clothes? How best can you help a child who has been sexually abused? What happens when parents themselves are confused about their own sexuality?

Each chapter opens with a relevant case study drawn from Rufo’s extensive experience, followed by a section of clear, practical analysis, and in most cases a brief “question and answer section” in which Rufo deals with more specific concerns.

Eminently readable, Rufo’s outspokenness and his refusal to dogmatise make this book a refreshing change from other works in the genre. Above all he exhorts parents to respect their children’s privacy – ultimately he is convinced that there remains much that you shouldn’t know about your child’s sexuality.