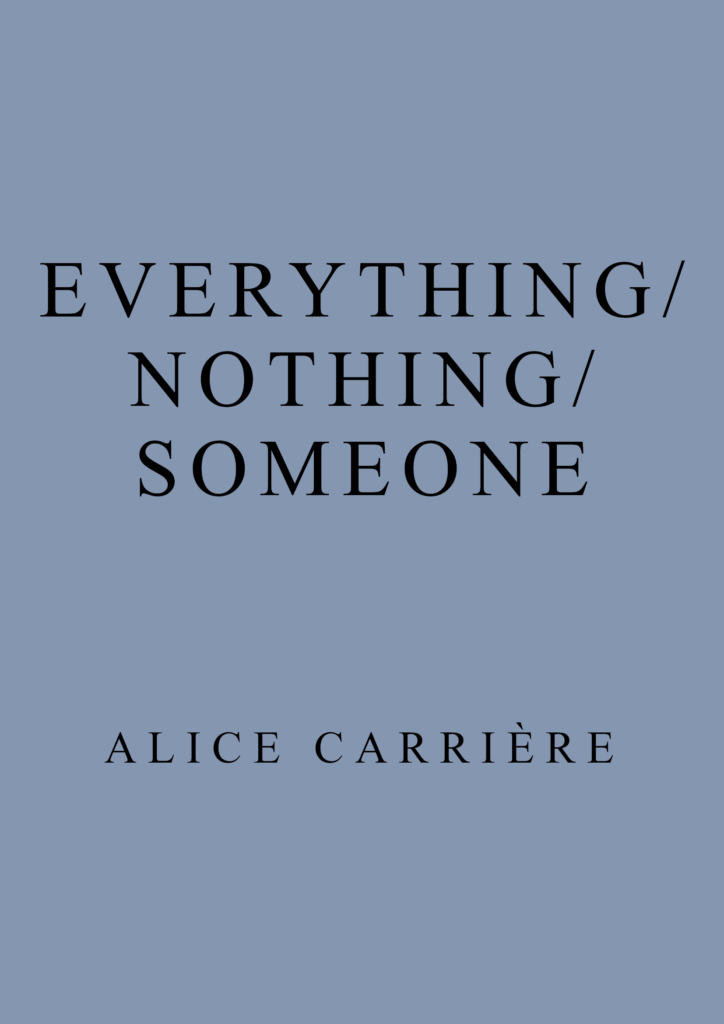 A brutally honest, darkly comic memoir of the author’s shockingly unconventional childhood, her struggles with dissociative disorder, and how writing, forgiveness, and love saved her.

From an early age, Alice Carrière, the daughter of a remote, renowned painter mother Jennifer Bartlett and a charismatic European actor father, Mathieu Carrière, is forced to navigate her mother’s recovered memories of Satanic sexual abuse and her father’s incest-inflected attentions. As she gets older, she tries to make sense of the world as a dissociative disorder erases her identity and a manic episode erases her reality. She looks for meaning and self in a myriad of forms and hunts for truth in a well-intentioned but destructive trauma group. Alice eventually finds purpose in caring for both her mother with Alzheimer’s and the aging Nanny who raised her, and in confronting her father whose words and actions splintered her.

With gallows humor and brutal honesty, Everything/Nothing/Someone explores female selfhood and all the ways the body and mind are carved up to serve the needs and wants of others, as Alice annexes parts of herself to her parents, malicious men, and over-zealous doctors. She manages to untangle the stories told to her by her parents, the American psychiatric complex, and her own broken mind. Ultimately, the book reveals how love and language live inside of us – as infection, as a weapon, as a heartbeat, as a cure.