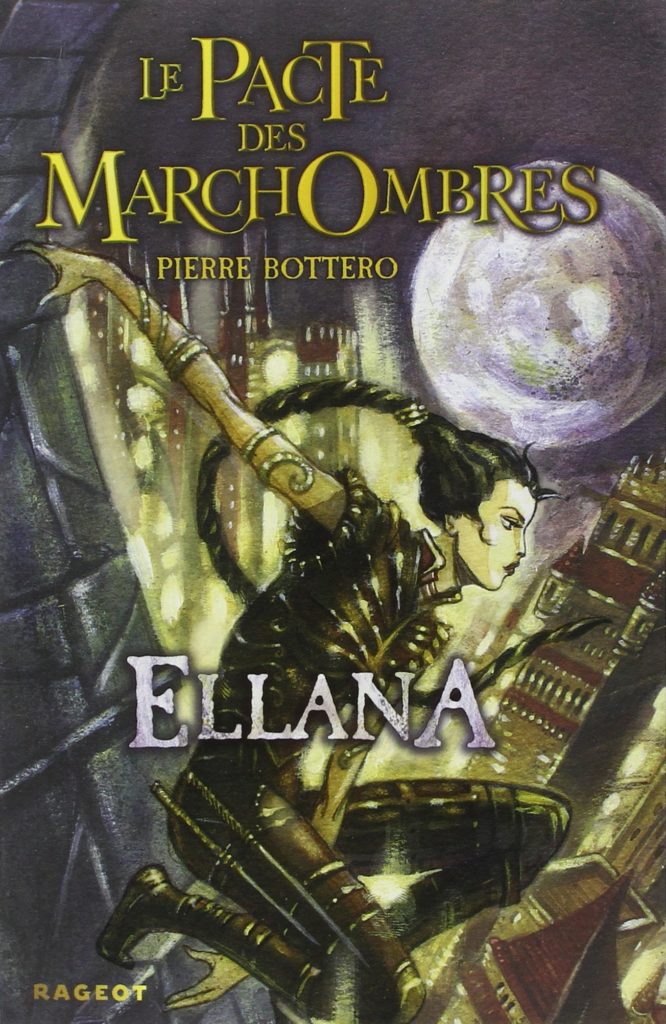 Ellana: The Pact of the Shadow Walkers

Pierre Bottero died on November 8th, following a motorcycle accident. He was a wonderful author and person, with limitless imagination and unrivaled generosity. He will be greatly missed.   “Death a is a gift we receive from those who leave us. A demanding, oppressive gift, but a gift nonetheless. With it comes the ability to grow, to understand, to broaden our horizons, to learn.” ELLANA, L’ENVOL (with author commentary)

Ellana is the latest bestselling series from the author of Ewilan’s Quest.  More than a million copies of Bottero’s novels have been sold in France alone.

There are two answers to every question: that of the scholar, and that of the poet.   In the empire of Gwendalavir, Ellana Caldin sets herself apart from a very young age.  Fiercely independent, strong and beautiful, Ellana is a child of the wilderness who is haunted by her lost past. She returns to civilization in a quest for answers, and as she grows from an exceptional girl to a formidable young woman, Ellana finds a place for herself in the world of humans and is initiated into the realm of a mysterious, dangerous and powerful group: the Shadow Walkers.

An inspiring adventure written with wit and poetry, this YA novel brings us further into the world introduced in the Ewilan series, unfolding the mysterious history of one of the series’ most fascinating characters, Ellana Caldin.

ELLANA is the first book in what promises to be an exciting adventure, and is just the latest example of the imagination and talent of Pierre Bottero.  His earlier novels have gripped the youth of France, where the Ewilan and Ellana series have sold over 1,250,000 copies.

EWILAN’S QUEST is the thrilling adventure series that first introduced us to the rich world of Gwendalavir and its captivating cast of characters. With his hugely successful YA trilogy, Pierre Bottero made a name for himself as a talented writer and earned a league of faithful and devoted fans throughout France. With this new splinter series, Bottero has allowed his readers to delve deeper into a world they have come to love and which for many has become a fantastic addiction.