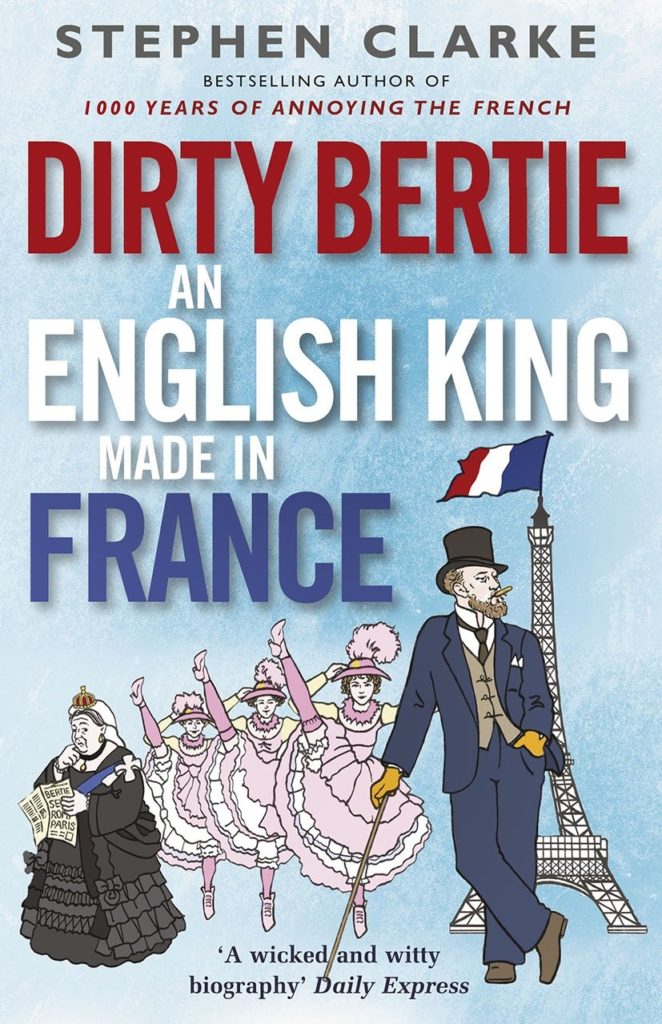 An English King Made in France

The author of the best-selling Merde series revisits the remarkable Paris adventures of Dirty Bertie, half English King, half Paris playboy.

The future King Edward VII, Prince of Wales—‘Bertie’ to his friends and lovers—made France his playground in the last decades of the nineteenth century. Bertie was an habitué of Paris at its most louche and colourful. He visited the same cabarets and brothels as Toulouse-Lautrec, and moved in the same theatrical circles as Degas and Sarah Bernhardt. He was friends with France’s monarchists and revolutionaries. No beautiful French duchess, actress, or high-class prostitute escaped his attentions.

Meanwhile, all around him, Paris was undergoing some of the most profound changes in its history: Bertie saw the Eiffel Tower, the Métro, and Haussmann’s boulevards all take shape, and he had his loyalties cruelly tested when his Prussian cousins besieged his favorite city in the 1870s. During his life, the medieval city of his youth turned into one of the most glittering modern capitals in the world.

While other biographies gloss over the king’s time in Paris, Clarke reveals the fascinating, often farcical story set in the shadow of revolution, war, scandal, and syphilis. Dirty Bertie is an informative take on Parisian life and Franco-British relations in the second half of the nineteenth century and an entertaining read, rich with anecdotes and adventure.