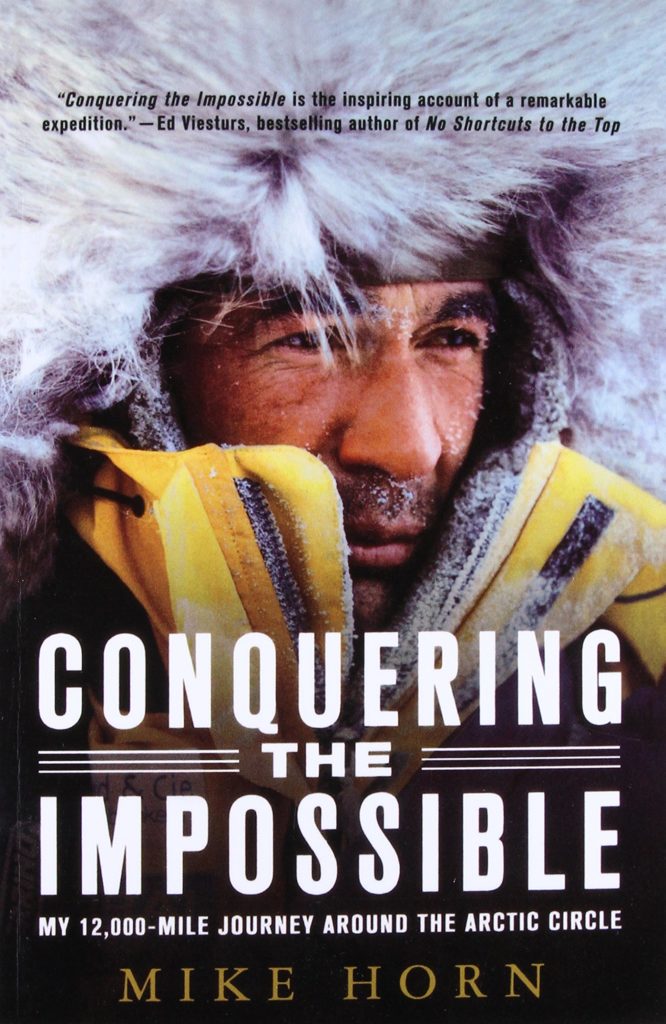 “If a man is motivated by an idea, the impossible no longer exists.” – Mike Horn

Mike Horn had an idea, he wanted to attempt the impossible: to circumnavigate the 20 000 kilometres of the artic circle, alone, against the winds and the currents, without using any motorised transportation. It had never been done before, and proved to be a test of courage and endurance beyond what even he could have imagined. Mike’s previous expeditions had demonstrated his iron will and exceptional physical fitness, but he had little experience of the polar environment and the conditions that such extreme temperatures would impose. Mike was armed with carefully customised equipment, including a tent that could be assembled in less than 20 seconds, boots given to him by the polar explorer Borge Ousland, an anti-magnetic watch, a parka lined with Labrador badger fur (which never freezes) and specially conceived high-calorie meals. But despite the best preparations possible, he knew that he had to expect the unexpected, and that no equipment could prepare him for what lay ahead. Over 27 gruelling months, in temperatures that ranged from -70°C to 15°C, he would go onto survive unstable ice that plunged him into freezing waters, polar bears that got so close he felt their breath on his face, shifting pack ice that necessitated detours of over a thousand kilometres, advanced frostbite in his fingers, a fire that destroyed most of his equipment and nearly burned him alive, and many more such death-defying challenges. Were it not for the extraordinary individuals that he encountered along the way, his survival would have been all the more unlikely; their kindness and wisdom sustained him through some of his darkest moments. Simon, the Inuit, taught him to build an igloo in 20 minutes and trained him in how to avoid hungry bears and wolves; Vassia, an elderly fisherman abandoned by the Russians at Tobseda when the site was evacuated, saved his life in a storm; and the inhabitants of Nanisivik, a remote Canadian mine on the point of shutting down, offered him shelter and unexpected festivities in the form of their farewell party. An enthralling read, this awe-inspiring account bears testament to one man’s unbelievable determination and physical strength, and the unquenchable resilience of the human spirit. Mike Horn: The iceman cometh