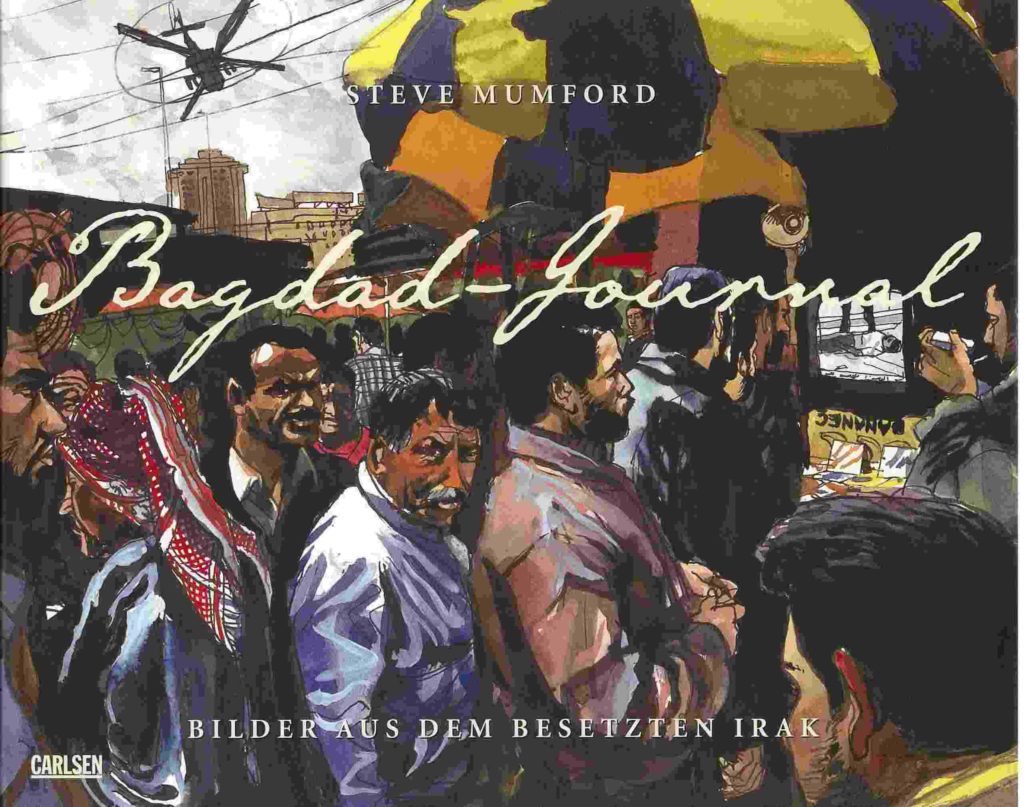 With direct and insightful writing and breathtaking sketches, Mumford documents the everyday scenes of life in Iraq.

“It’s refreshing to get this dispatch told, from the perspective not of a journalist or a photographer, but of an artist… written in a lucid and reflective style that perfectly matches these quiet spaces pushing out at the surrounding chaos. His is a remarkable document.” – Starred PW review “Some of the most compelling commentary on Iraq has come from a New York painter, Steve Mumford, who has been embedded with military units in hot spots like Baquba, Tikrit and Baghdad…” – The New York Times Baghdad Journal is the culmination of four voyages that Steve Mumford undertook to war-torn Iraq, during which he was able to capture a human side of the war that has been lost in the immediacy of photographic and broadcast images. Armed with his openness and curiosity, Mumford was embedded with several army divisions, but also spent much time sketching on the city streets. He gained a unique perspective on both Iraqis and soldiers – hopeful, angry, confused as each side is – and has produced an exceptional historical document. Neither biased or political, Baghdad Journal presents portraits of life from all sides of the polarizing conflict – drunks in the streets, poets in the teahouses, Sergeants in mosques and snipers on rooftops. Mumford’s view illuminates the activities of a nation in turmoil, from the individual soldiers of American platoons to Baghdad residents going about their daily lives amid the chaos surrounding them. “His work shows us Iraq in ways that television really can’t, with a kind of tenderness and attention that bring out the humanity on all sides… Marked with a sense of intimacy and engagement, we know that Mr. Mumford’s images required time and some sort of relationship with his subjects, that he could not simply click a camera and move on. The handmade nature of the works has the strange effect of stopping time and imposing a deceptively peaceful silence on everything.” – The New York Times

Under negotiation in Japan