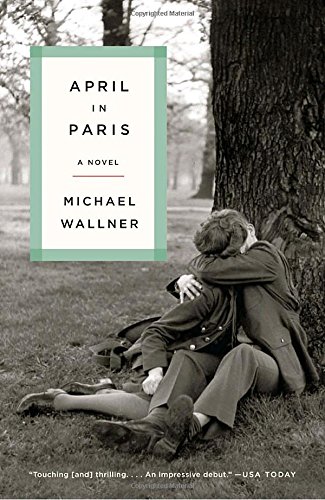 The dramatic story of an impossible love between a German soldier and a Resistance fighter in occupied Paris.

Paris, 1943. Michel Roth is 21 year old German working for the Wehrmacht in occupied Paris. Soft-spoken and well-read, his ability to speak accent-free French does not go unnoticed by his superiors. After having spent the greater part of the war working in the calm sanctuary of the army’s back offices, he is brusquely transferred to the Gestapo headquarters to work as an interpreter during the interrogation of suspected resistance fighters.

Roth proves to be a model member of the Gestapo staff, obediently following orders and impeccably translating. Although he doesn’t agree with Nazi régime, Roth doesn’t question his role and simply does what is asked of him. After work he chooses another path from that of his fellow officers, refusing to gallivant with the sympathetic French women in nightclubs such as the Turachevsky.

Instead, as soon as possible, he slips out of the Nazi-requisitioned hotel carrying a bag of civilian clothes from which he has carefully removed all traces of the German brand names. He steals into an alley where he changes personas, leaving behind the uniform of the enemy for an anonymous suit. Roth then wanders aimlessly through the cobble-stoned streets of St Germain des Prés, stopping at cafés and bartering with the street merchants. With every encounter he becomes increasingly confident in his disguise and alter-ego “Antoine”, and he starts to engage Parisians in conversation. One day he is drawn into a small antiquarian bookshop where he meets a beautiful young woman, Chantal, the bookseller’s daughter. He is entranced by her, and soon Antoine and Chantal spend their evenings together, falling in love before either has found the courage to reveal their true identity. Only when it is too late does Roth find out that Chantal is part of the Resistance – but to protect him, Chantal says nothing of their plans. After a bomb, placed by the Resistance, hits the Turachevsky killing several high-ranked German officers, Roth overhears his colleagues discussing preparations for a raid on Chantal’s bookstore. He tries to warn her, but is caught and imprisoned as a traitor in the same building where he had worked. After weeks of torture, he is lead out into the courtyard where the executions take place. At the last minute, he is allowed to “escape” by the Gestapo who follow him in the hope that he will lead them to the resistance. Weak and alone, he searches for Chantal.

Written in a distinct and arresting style, April in Paris is one of those rare reads where the exceptional dramatic quality of the story is matched by page-turning suspense.