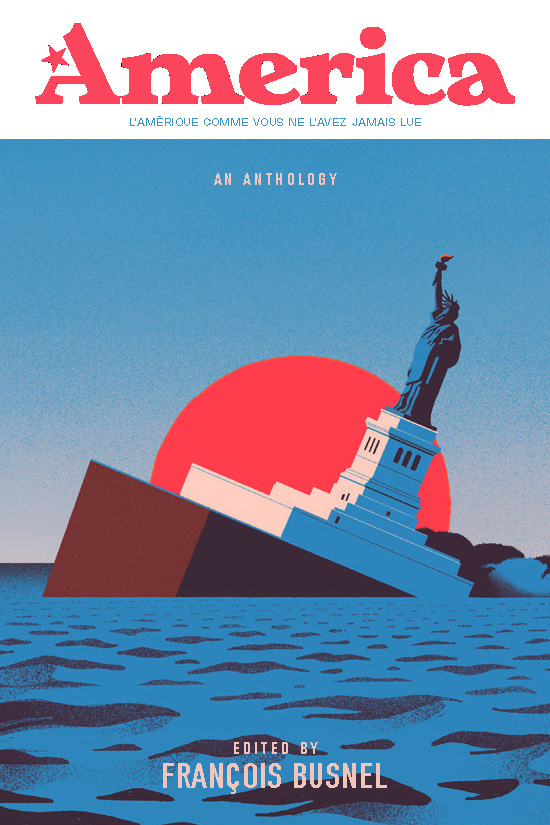 America as You've Never Read It Before

From the bestselling literary magazine that took France by storm after its launch in the wake of the 2016 presidential election, a collection of pieces by today’s leading Francophone writers that constructs a unique map of America

From Alexis de Tocqueville’s Democracy in America to the moveable feasts of the Lost Generation, France and the United States have long shared a special relationship, defined as much by romantic fascination as occasional incomprehension. François Busnel, host of the acclaimed literary talk show La Grande Librairie, seeks to bridge this gap with America, a journal of literature and politics conceived in the aftermath of the election of Donald Trump, now available to English readers for the first time.

In this insightful collection of pieces from the magazine, Alain Mabanckou sketches the outlines of his Los Angeles, where he finds a sense of belonging far from his home country of the Republic of the Congo. Leïla Slimani considers the ways #MeToo is shaping a new discourse around consent on college campuses, and Philippe Besson takes an old-fashioned road trip through the American heartland as he drives from Chicago to New Orleans. Joël Dicker traipses through Yellowstone National Park on the lookout for grizzlies, while Alice Zeniter wanders the scorching streets of Las Vegas on foot. Featuring a poignant interview with National Book Award winner Louise Erdrich and original work in English by luminaries including Richard Powers, Colum McCann, and Laura Kasischke, America suggests a new way of understanding the enduring relationship between France and the United States, one that has never been read in quite this way before.

From the streets of Manhattan to the Wyoming wilderness, across rural Pennsylvania’s Amish country to the bright lights of Hollywood, America takes us on a criss-crossing road trip across the country as it archives accounts of the administration of the past four years and offers a moving testament to the essential power of literature to unite in times of division.

A resounding success in France with over 120,000 copies sold in the first year, America is for all readers trying to come to grips with our current Trumpworld.