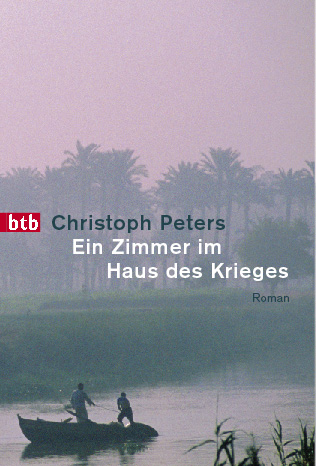 A Room in the House of War

With the precision of a Le Carré thriller, Christoph Peters takes the reader to Cairo in the 1990s and on a remarkable journey into a room in the House of War.

Egypt, 1992: a group of ten Islamic fundamentalists are preparing an attack on the temples in Luxor. Among the terrorists is Sawatzky, a young German man, recently converted to Islam. He has left his Arabic girlfriend behind in Europe to join the fight for Islam and the establishment of a God’s state. If tourists with their foreign money would stop visiting the country, the economy would collapse and with it the “puppet regime” of President Mubarak, making it possible to start a new Islamic rule Every detail of the attack has been prepared in the highest secrecy; failure is unthinkable. But then word arrives that one of their intermediaries has disappeared without a trace. Although it is unclear if their plans have been jeopardized, the group decides to continue the mission – it is inconceivable that one of their select group could have betrayed them. As the terrorists cross the Nile in small boats, they are ambushed. The group stands no chance against the security forces. Only a few survive the gunfire, among them is Sawatzky. According to diplomatic procedure, the German ambassador, Claus Cismar, is charged by the foreign ministry with the task of investigating the background of the attack and to obtain extradition of their citizen to Germany. At first it has all the makings of a clear-cut, if somewhat tiresome, routine case. But Sawatzky refuses to collaborate with the German authorities, claiming his sole allegiance is with Islam. Cismar finally succeeds in arranging the first of several meetings with Sawatzky in the Cairo jail. Officially their discussions revolve around Sawatzky’s involvement in the terror plot, and around the extradition request. Soon Cismar realizes that his interest in the case far exceeds that of his professional obligations. He searches to uncover the reasons that would bring a man from a standard middle class upbringing to become a terrorist, willing to kill and sacrifice his life in the name of religion. The longer the conversations last, the more Cismar begins to question not only Sawatzky’s motives, but also his own role in the private and political conflicts that surround him. Peters has written a magnificently structured and profoundly evocative novel about the confrontation of the Isalmic-Arabian and Western-Christian worlds. A Room in the House of War skilfully tackles the themes of religious fundamentalism, the balance between state and religion, and the legitimacy of violence at the service of a higher truth. It confirms Peters as one of the most important and talented voices of German contemporary literature.

Arabic: The National Center for Translation