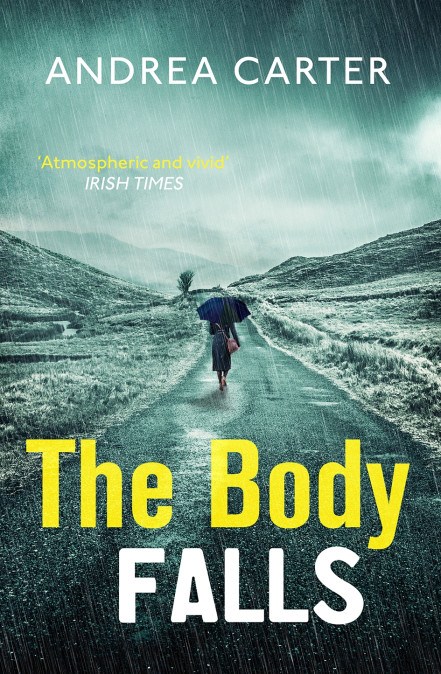 The Lockdown List: books in which you can escape

Murder mysteries have long been considered one of the most absorbing forms of fiction.  As we round off another week of the weary unknown, what could be more comforting than sinking into the respite of a gripping world where problems are always solved?  Andrea Carter’s Inishowen mysteries take place in a vividly described tiny Irish town, with nosy neighbours, twitching curtains, and page-turning intrigue.

After Dublin solicitor Benedicta ‘Ben’ O’Keeffe’s sister dies at the hands of her ex-boyfriend, she moves to the remote Inishowen Peninsula in an attempt to escape her guilt and grief.  Plagued by guilt over her sister’s death, she is drawn to prevent injustice wherever she sees it, which often leads her to overstep the mark, especially in the eyes of the local police. But, over the years, she and Sergeant Tom Molloy become close as Ben confides in him about her past. And, for the most part, they work as allies to solve the mysteries that the town throws up.

Each book features a different mystery, while Ben’s personal story, her struggle to come to terms with the secrets of her past and a will-they-won’t-they romance with Molloy continue throughout the series.

In the latest instalment The Body Falls, published last month, Ben returns to Inishowen after a six-month stint working abroad.  Shortly after, sudden torrential rain and flooding means all bridges and roads into the town are closed, leaving Inishowen completely isolated.  When a body is found in the middle of the night, Inishowen’s residents know that a killer is trapped among them.

Praise for the Inishowen mysteries:

‘Her best yet…  Andrea conjures up a phenomenal sense of place.  She is such an assured, stylish writer and The Body Falls is remarkably gripping.’

‘Starting a new Inishowen novel is like settling in for a gossip with a really good friend. Ben O’Keeffe is a totally engaging main character and her adventures are as convincing as they are gripping. The Body Falls is a hugely entertaining small-town mystery with a very satisfying resolution; I can’t wait to read the next in the series.’

‘Haunting, atmospheric, and gripping.  One of the finest Irish mystery debuts of recent years. Tana French has some serious competition.’

‘Carter excels in re-creating the cloistered, gossipy confines of a small Irish village… The Inishowen peninsula community where everybody knows everybody else’s business is a fine stand-in for the mannered drawing room society of a Christie mystery.’