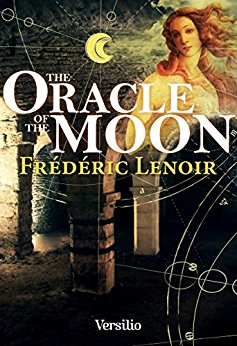 The Oracle of the Moon

“An  exciting adventure full of intrigue, love and emotion.  An epic tale that magnificently recreates the Mediterranean of the XVI century through the eyes of a flesh and blood protagonist who fights his fatal destiny.”
– Ildefonso Falcones, author of CATHEDRAL OF THE SEA.

The Monastery of Saint Giovanni in Venere, Italy, 1545. When terrified villagers deliver a practically lifeless body to Dom Salvatore, claiming that the man has been the victim of witchcraft, the monk transgresses the rules of the monastery in order to nurse the stranger back to health. However, within these safe cloisters, a series of tragic events unfold.

Someone is trying to kill the wounded stranger. Dom Salvatore must find out who this mysterious man is, if he is to have a chance of saving his life. Giovanni Tratore was born some three decades earlier to a peasant family in Calabria. He dutifully worked with his brother in the fields, but always dreamt of a greater life for himself. One day a ship bearing Venetian nobles is forced to anchor near his village, following a pirate attack.

The moment Giovanni sets eyes on Elena, the great granddaughter of the Doge, the most important man in Venice, he falls in love with her. An impossible love – how could a noble woman be interested in a peasant? – but Giovanni is not put off. From that moment on he resolves to do whatever it takes to make himself worthy of her love. Setting out for Venice, he soon meets Luna – a woman who can see into the future. When Luna reads his Oracle, Giovanni is terrified. “You will kill once through jealousy, once though fear and once through anger.” Her words will haunt Giovanni throughout his life, as he tries to understand his fate, take control of it and even – when possible – side-step it.

Set against a 16th century rife with religious and political tensions, this novel take us from rural Calabria to the decadent palaces of Venice, from the secluded monasteries of Mount Athos to the prisons of Algiers, from the winding alleys of Jerusalem to the ghettos of Cyprus.

At once an epic love story, a compelling journey of initiation and a theological thriller of the most gripping kind, Frederic Lenoir has succeeded in combining page-turning suspense with fascinating astrological, philosophical and religious insight in a novel that leaves you utterly bereft when you finish.