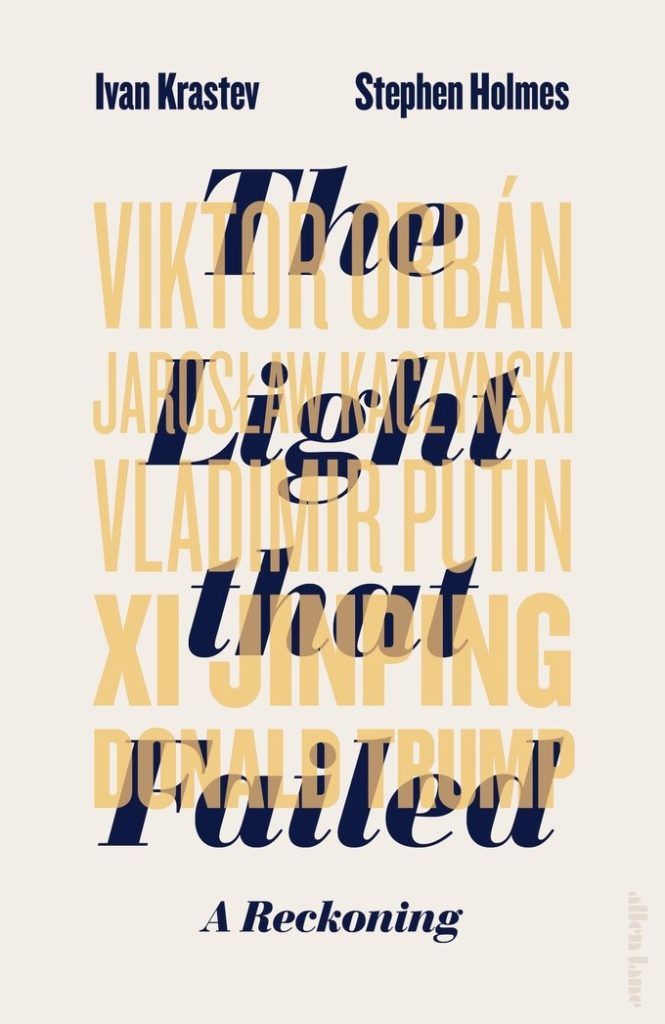 The Light that Failed

Winner of the 2020 Lionel Gelber Prize and the Jean Améry Prize for European Essay Writing.

“A bracing analysis of post Cold War politics, upending cherished assumptions and forcing us to look afresh at the complex dialectic of liberalism and illiberalism.” – George Soros

Born in Bulgaria, now based in Vienna, fluent in English and Russian, with deep connections all over the world, Ivan Krastev has been described by Timothy Snyder as “one of the great European minds of today”; by Robert Kagan as “one of the most interesting thinkers of our time”; and by Gideon Rachman in the Financial Times as “one of Europe’s most interesting public intellectuals.”

The book, written with distinguished American scholar Stephen Holmes, answers one of the most urgent questions of our times: how, after the triumph of 1989, did the American-made world unravel?

‘This is a book about imitation by a couple of utterly inimitable authors. It is the most original explanation of the self-destruction of the liberal West as universal utopia. Its analysis is rooted in an unparalleled understanding of the resentment fuelled revolt (and revolting resentment) of political elites who sought to ape the West, and ended up loathing it for that very reason. Scathing yet fair.’ -Peter Pomerantsev

‘This is a book about copying that makes an original argument. In doing so, it reminds us that liberal democracy depends not on mechanical processes but on human originality.’ -Timothy Snyder

‘Witty, incisive, devastating: an unforgettable analysis of why the light of liberalism failed in Eastern Europe, and why resentment towards imitation of the West has fueled the furies of the populist revolt.’ -Michael Ignatieff