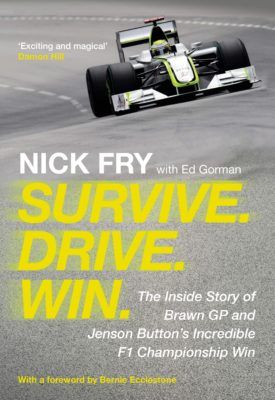 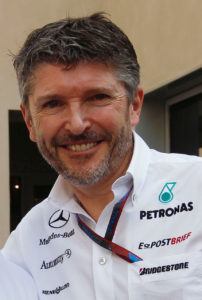 The Inside Story of Formula One's Most Incredible Season

Nick Fry, the former CEO of Honda Racing, Brawn GP, and Mercedes AMG Petronas F1 team, reveals for the first time the inside story of the astonishing Brawn GP championship win in 2009 with Jenson Button.

On a cold November day in 2008, Nick Fry, the head of the Honda Formula One racing team, was told by his Japanese bosses that Honda was pulling out of F1 in 30 days. This bolt from the blue was a disaster for the team’s staff; and for the drivers, Jenson Button and Rubens Barrichello.

In a few short weeks, Nick and Ross Brawn would persuade Honda to sell them the company for £1 (plus all the liabilities). But they had no engine and no sponsors. Just 13 weeks after that, the Brawn GP team would emerge from these ashes to win the first Grand Prix of 2009, and go on to win the Driver’s and the Constructors Championship, with a borrowed engine and a heavily adapted chassis.

In this terrific Formula One memoir, Nick Fry, the former boss of Brawn GP, which became the Mercedes-Petronas F1 team, tells all in vivid detail. Along the way he gives the inside track on (among many other things): how he fell out with Jenson Button; the rivalries between teams; negotiating with Bernie Ecclestone; what makes some drivers (and cars) better than others; Ross Brawn’s genius; and hiring and working with two global superstars, Michael Schumacher and Lewis Hamilton.