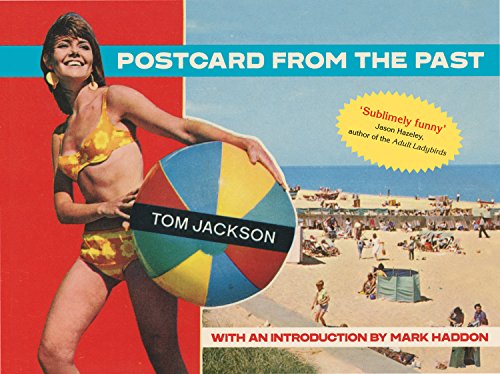 Postcard from the Past

Our lives on the back of a postcard.

Created by postcard collector Tom Jackson, the Postcard from the Past Twitter account offers a feed of images of vintage postcards paired with a quote from the message written on the back. The book will include a foreword by Mark Haddon.

The interplay between the images and words has a wonderfully wistful, nostalgic effect, offering a tantalizing glimpse into the lives of the people who wrote the cards, and cumulatively, the project forms a kind of alternative social history. It has been called ‘lovely’ by Mark Haddon, ‘sad and sweet’ by Holly Walsh and ‘a masterclass in dialogue writing’ by Jason Hazely, author of the Adult Ladybird series.

@PastPostcard has nearly 25,000 followers who range from comedians, radio presenters, journalists and well known figures in the media.