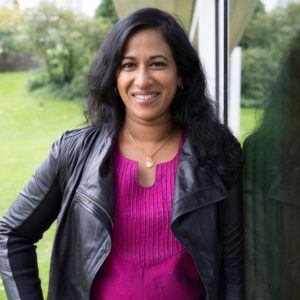 As the devastating Sri Lankan civil war begins, a courageous, independent young Tamil woman must navigate the violent chaos of political movements that have taken over her home.

While I am no longer the version of myself who met with terrorists every day, I also want you to know that when I was that woman, when two terrorists encountered each other in my world, what they said first was simply hello. Like any two people you might know or love.

Jaffna, 1981. Sixteen-year-old Sashi wants to become a doctor. But over the next decade, as a vicious civil war subsumes Sri Lanka, her dream takes a different path as she watches those around her, including her four beloved brothers, swept up in violent political ideologies and their consequences. She must ask herself: is it possible for anyone to move through life without doing harm?

Sashi begins working as a medic at a field hospital for the militant Tamil Tigers, who, following years of state discrimination and violence, are fighting for a separate homeland for the Tamil minority. But after the Tigers murder one of her teachers, she is horrified. When the arrival of Indian peacekeepers brings further atrocities, she is disillusioned, turning to one of her professors, a feminist and dissident, who invites her to join in a dangerous, secret project of documenting human rights violations as a mode of civil resistance to war.

Set during the early years of Sri Lanka’s thirty-year civil war, and based on over a decade of research, Movement operates in the liminal spaces between formal participation in conflict and civilian life. In gorgeous, searing writing, Ganeshananthan captures furious mothers marching to demand news of their disappeared sons; a young doctor attending the hunger strike of an equally young militant; and a reading group of feminists who try to side with courage, community and justice over any single political group. This is a heartrending portrait of one woman’s moral evolution and a testament to both the enduring impact of war and the bonds of home.