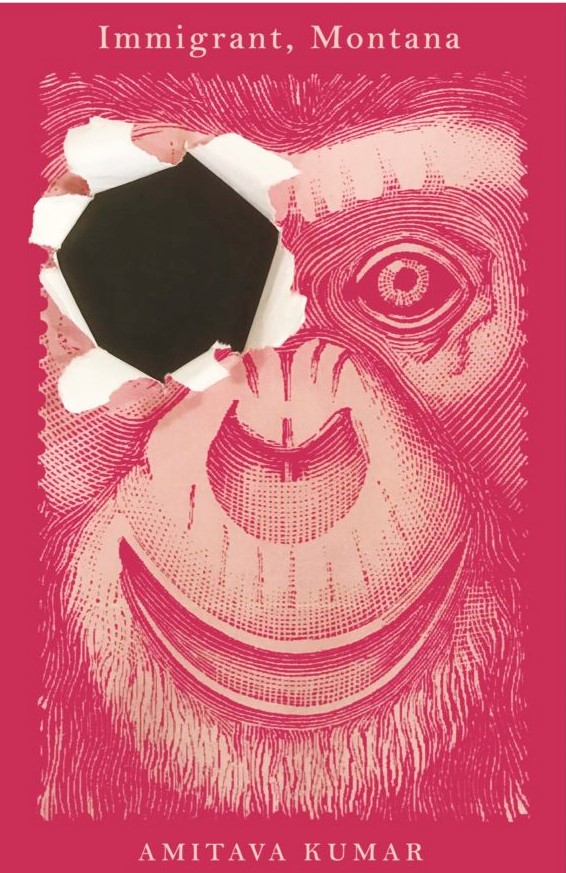 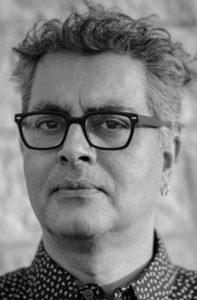 Living in America, the Indian immigrant Kailash relives his romantic history, re-examining what it has meant to him to be led by desire. As we watch him amongst his new American contemporaries our faith in the narrator wavers as Kailash slowly begins to understand his own personal truths.”Immigrant, Montana is easily the best new novel I have read in recent years.”

Immigrant, Montana is the story of a young new immigrant to the United States in search of love: across dividing lines between cultures, between sexes, and between the particular desires of one man and the women he comes to love.

The young man is Kailash, from India. His new American friends call him Kalashnikov, AK-47, AK. He takes it all in his stride: he wants to fit in–and more than that, to shine. In the narrative of his years at a university in New York, AK describes the joys and disappointments of his immigrant experience; the unfamiliar political and social textures of campus life; the indelible influence of a charismatic professor–also an immigrant, his personal history as dramatic as AK’s is decidedly not; the very different natures of the women he loved, and of himself in and out of love with each of them.

Telling his own story, AK is both meditative and the embodiment of the enthusiasm of youth in all its idealism and chaotic desires. His wry, vivid perception of the world he’s making his own, and the brilliant melding of story and reportage, anecdote and annotation, picture and text, give us a singularly engaging, insightful, and moving novel–one that explores the varieties and vagaries of cultural misunderstanding, but is, as well, an impassioned investigation of love.

–Karan Mahajan, author of The Association of Small Bombs

“Amitava Kumar’s novel brings to mind W.G. Sebald’s work, but Kumar has a deeper curiosity in the borderless-ness of storytelling as a confrontation to all kinds of borders imposed upon his characters by the external and the artificial, as we see more and more in today’s world. Audacious in its scope yet with refreshing attention to detail, Immigrant, Montana is one of those novels that, with each rereading, a reader will unlock another treasure box of joy.”

“Amitava Kumar’s Immigrant, Montana is a beguiling meditation on memory and migration, sex and politics, ideas and art, and race and ambiguity. Part novel, part memoir, this book is as sly, charming, and deceptive as its passionate protagonist, a writer writing himself into being.”

“Immigrant, Montana is a delight.”

“There is a buoyant energy and hilarity to this account of an Indian student seeking the wide world through the women he meets, but one laughs with growing unease as a darker undercurrent is slowly revealed. An unusual, brave twist on the migrant’s tale.”

–Kiran Desai, winner of the Booker Prize for The Inheritance of Loss

“Somehow, Immigrant, Montana is far more than the account of AK’s experience of America, of the interface between his Indian past and his new reality. It contains the best evocation I know of the hot complications of wanting to know, wanting to act, wanting to live through books but not only in them. AK is real not because he’s autobiographical (it is true that Kailash has intriguing points of contact with Kumar, his author), he is real because his thoughts are real, the movement from one passion to another is real to anyone who has ever felt passion, the believable storms of doubt and dubiousness, absent from most novels, are present here to great effect, and the subtlety is unforced and unpretentious.”

“Apparently, Amitava Kumar once considered calling this book The Man Without a Country, which is indeed what it’s about – the eros of crossing and crisscrossing borders, the necessity of jumping boundaries, the excitement of refusing the place people and books in categories. An urgent, galvanizing work.”

–David Shields, author of Reality Hunger and Other People

“Immigrant, Montana aligns itself with that great tradition of mixed-form novels by writers such as W.G. Sebald, John Berger, Geoff Dyer and Teju Cole…”

“This is a deeply American novel, one that delves into the messiness of love (and sex!), and the meeting point between identity, character, place, and the constant cultural stuff floating around…Kumar’s novel is uproariously funny and deeply moving.”

“This coming-of-age-in-the-city story is bolstered by the author’s captivating prose, which keeps it consistently surprising and hilarious…It’s an inventive delight, perfectly pitched to omnivorous readers.”