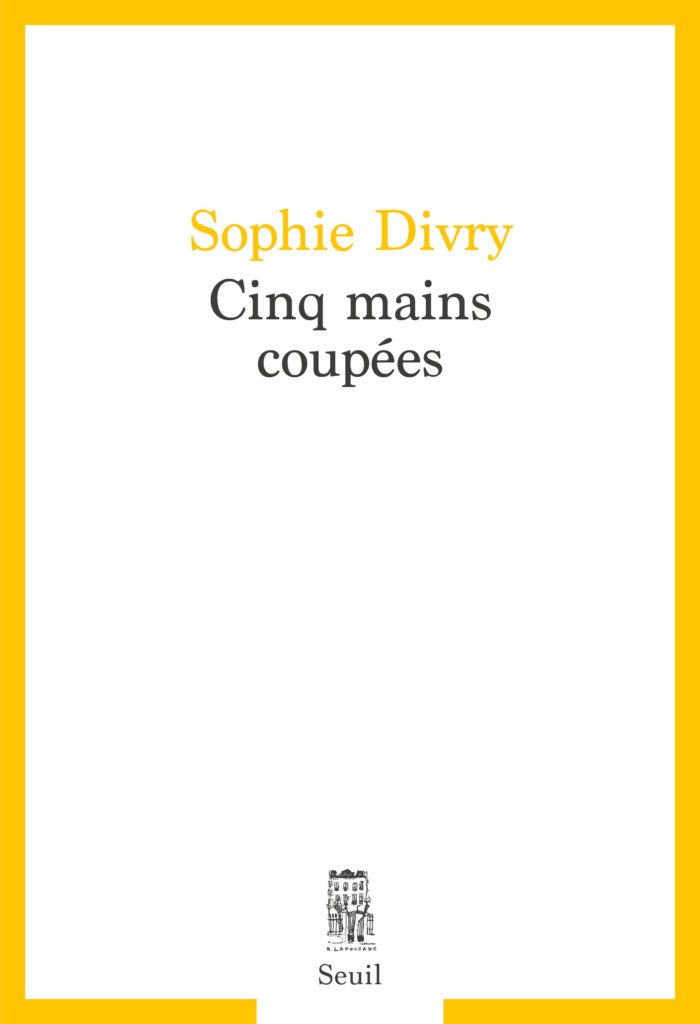 Five Hands is a simple book. I sat with each of these five men and recorded their stories…. Their hands were ripped off because they joined in protest. This is something people never envisioned would happen in France. Now they have to learn to identify as handicapped people. Yet they show a great level of resilience.

Everything in Five Hands comes from them. Not one sentence is mine. I am solely the editor, and careful collator. In this sense, this book is in the tradition of Svetlana Alexietich’s work.

Sophie Divry has spent her adult life writing novels, for which she’s won several prizes and fellowships and has two movie adaptations underway (Library of Unrequited Love and Madame Bovary of the Suburbs).

But Five Hands is a very different book: a short, sharp work of journalism on the victims of police violence surrounding France’s December 2019 protests, through the stories of the five men who lost their hands to military-strenth grenades that were used during those marches.

An oral history, Sophie’s not insignificant contribution was to combine all the experiences – weaving together the voices and timelines– into a single stunning narrative.

It has an immediacy and clarity that comes through on every page, making it both timely and timeless.