Valentine Low has been a journalist since 1982. During a long career he has reported from more than 60 different countries. He covered the 2003 Gulf war in Iraq, the 9/11 attacks in New York and the 2004 tsunami in Thailand. He has also written about arranged marriages in India, famine in Mongolia, ethnic violence in Romania and soccer in Brazil.

Since 2008, he has covered the royal family for The Times of London. But his experience of reporting on the royals dates back more than a decade earlier to 1994, when he accompanied the Queen on her historic state visit to Russia for the London Evening Standard. In more than quarter of a century of writing on this subject, he has built up a very wide range of royal contacts and written a number of worldwide exclusives. He has also broken some of the biggest and most substantial royal stories of recent years. 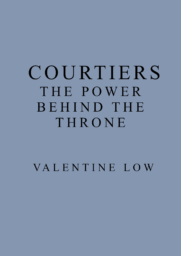