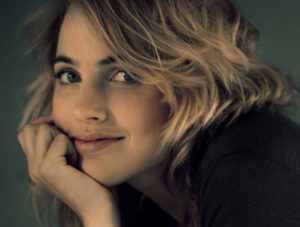 Sophie van der Stap was twenty-one years old when she was diagnosed with a rare form of cancer. A striking, fun-loving student, overnight her world was reduced to the sterile confines of a hospital. But within these walls Sophie discovered a whole new world of white coats, gossiping nurses, and sexy doctors. Of shared rooms, hair loss, and eyebrow pencils.

Sophie wrote of her experiences in her refreshingly candid book, The Girl with Nine Wigs. When it was originally published in The Netherlands in 2006, it became an instant bestseller and won the Bart Prize for “Making the Impossible Possible.” It also stormed the charts internationally. The Academy Award-winning producer Andreas Bareiss is currently adapting Girl with Nine Wigs into a film.

In 2011 Sophie released a novel, And What if This Were Love, telling the story of a blind woman, Madame de Grenelle, hiding from herself. After two years of intensive writing (columns and essays) for Dutch newspapers NRC Next and NRC Handelsblad, she’s currently working on two novels.

Sophie is now 32 years-old and has lives for many years in Paris. Her cancer is in complete remission. She still occasionally wears wigs. 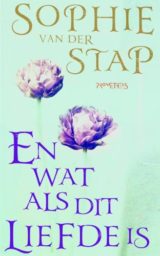 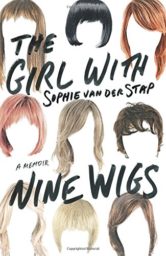