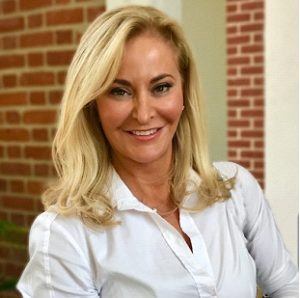 Sarah has become one of the most prominent national voices calling for women from both parties to unite around issues and legislation that affect the quality of life for all women. She has a long history of speaking and working with women across the country. She is a recognized expert on the needs and attitudes of suburban women, who represent the swing vote in a critical mass of local, state, and national elections. In addition to founding Women2Women, Sarah is the President and CEO of the Main Street Partnership, which supports moderate Republican candidates in Congress. Through both organizations, she fights for socially inclusive policy that crosses the political divide.

Sarah serves on the Board of Directors of the Women Campaign School at Yale University, is a National Capital Trustee of the Boys and Girls Clubs of America, and sits on the Wall Street Journal CEO Council. Her written work has been featured in the Washington Post, The Hill, U.S. News & World Report, and she is a contributor to Forbes.com. Sarah was chosen by CQ Roll Call as a Rising Star and was featured as one of Elle Magazine’s 10 Women in Washington.