Christian Wolmar is a writer and broadcaster. He’s the author of 20 books, mainly on transport history, including a series of eight classic books of railway history published by Atlantic Books. These cover the London Underground (The Subterranean Railway); Britain’s railways (Fire and Steam); the spread of railways across the world (Blood, Iron and Gold); the ways in which railways changed the nature of warfare (Engines of War); the building of the US railroad (The Great Railway Revolution); the history of the Trans-Siberian railway (To the Edge of the World); the story of rail in India (Railways and the Raj); and, in 2020, the building of London’s major terminus stations (Cathedrals of Steam).

His book on rail privatisation, Broken Rails (2001), is regarded as the standard work on the subject. His latest book, to be published by Michael Joseph in mid-2022, covers the story of British Railways. He also wrote The Crossrail Story (Head of Zeus, 2018), which was published to coincide with the opening of the line. As the completion of the project was delayed, a second, much updated paperback edition of the book is scheduled for the new opening date of Spring 2022. 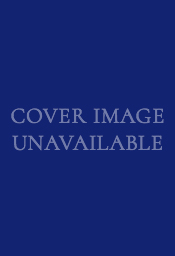