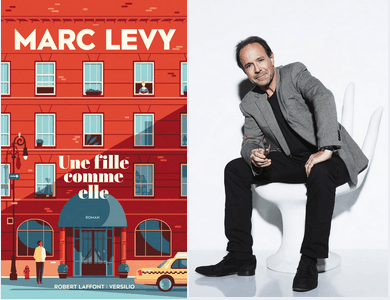 Sales and praise for Marc Levy’s A Woman Like Her

Marc Levy’s #1 hit  A Woman Like Her has garnered wide praise:

“Marc Levy is a virtuoso of the imagination…This is his most beautiful romantic comedy. It’s enchanting…a delight on every level.”

“Guaranteed to be a summer bestseller…It sparkles like champagne and calls to mind films like Notting Hill.”

“A wonderful comedy…in which anything can happen.”

“A sure hit. This wonderful novel is an emotional elevator, with Marc Levy the perfect operator at the commands.”

“A love letter to New York.”

“A hilarious, touching, and very New York comedy about the differences that bring us together.”