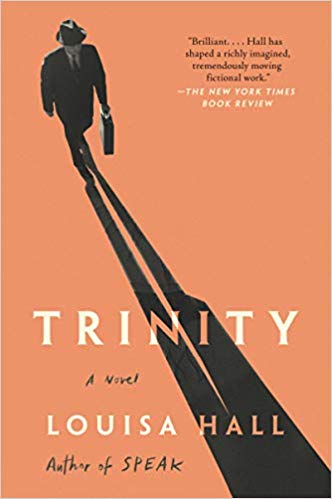 Louisa Hall’s Trinity released in paperback in the USA

Louisa Hall’s kaleidoscopic novel about Robert Oppenheimer, the father of the atomic bomb, is released today in paperback in the USA.

According to the New York Times, it is “Brilliant… Hall has shaped a richly imagined, tremendously moving fictional work. Its genius is not to explain but to embody the science and politics that shaped Oppenheimer’s life…. The resulting quantum portrait feels both true and dazzlingly unfamiliar.”