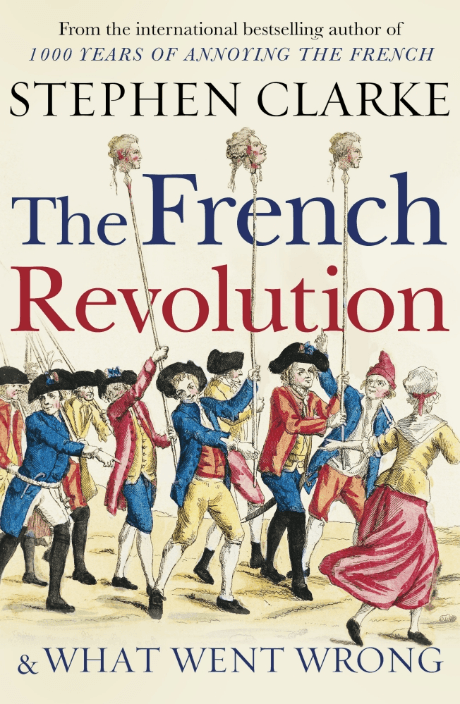 Wishing a very happy publication day to Stephen Clarke, whose book The French Revolution and What Went Wrong is published today in the UK with Century.

Using parliamentary archives and eye-witness accounts, Stephen Clarke, the author of the international bestseller 1000 Years of Annoying the French has put together a realistic account of what actually happened leading up to 1789, and beyond.

What has been told as a history of a few quick riots and a rightful purge before the emergence of a peaceful republic, Clarke argues, is mere legend.

Instead, the founding of the Republic in 1792 unleashed a reign of terror that caused about 300,000 violent deaths.

People hailed today as revolutionary heroes were dangerous opportunists, whose espousal of Liberté, Egalité and Fraternité did not stop them massacring political opponents and guillotining women for demanding equal rights…

Going back to original French sources, Stephen Clarke has uncovered the little-known and rarely told story of what was really happening in revolutionary France, as well as what went so tragically and bloodily wrong.

Grab your copy in hardback and ebook now!